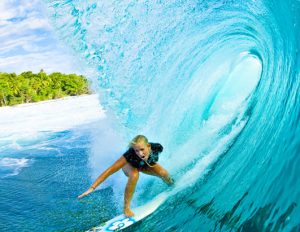 This week I traveled down to Chicago to visit my daughter. Our plans were to grab a bite to eat and then check out her new apartment. We had arranged for me to pick her up from work and then head out to dinner. Traffic in Chicago is notoriously awful, especially at that time of day, and that was definitely the case as I approached her building. The difference however was there were scores of fire engines and emergency vehicles everywhere and just as I was starting to get a bit worried, she called to let me know something unexpected had come up. Smoke was coming from somewhere and everyone had to exit the building asap. She was out on the street, unable to access her keys and other belongings, which were left behind in the evacuation. It was easy to navigate this minor glitch in our plans and catch dinner at an alternate location while we waited for her building to reopen.

As I headed back to Wisconsin later that evening, I encountered the most amazing storm. Summer in the Midwest often brings a clash of weather systems that result in rain, thunder and lightning – all of which are simultaneously awe-inspiring and terrifying. As I drove north, the sky was turning black and big bolts of lightning flashed all around. I was a bit giddy about this, as I love a good storm, even with the knowledge that soon I would be driving in a downpour. And rain it did! I never felt unsafe though and actually traveled along with an inappropriate sense of control – even when some jerk going 90 mph blew past me. I made it home with a feeling of accomplishment and gratitude – thankful for my safe return AND the opportunity to experience Mother Nature in this way.

This got me thinking about how easily and often we move between awe, fear, relief and exultation. This used to happen to me when I would go downhill skiing. As I was transported upward on the chair lift, I would revel in the beauty of the setting. But inevitably worry crept in as I began traversing my way down the mountain. (Toward the end of my skiing career it actually felt more like terror). At the end of a successful run, I was relieved to have made it down unscathed and a bit proud of my ability to perform this physical feat, albeit with not a bit of ease or grace.

What moves us to engage in something joy-filled, thrilling or meaningful, even if it involves a certain degree of trepidation or distress? What narrative lives in our mind that allows us to do that, or choose not to?

I think it is a surfing story. We are willing to put in the effort of paddling out there, doing a balancing act, mentally committing to staying ‘on the board’, while we ride the wave toward the shore. We do this even though we know all of the things that could go wrong. We do it because the feeling we get while we are doing it outweighs any downside story we have created for ourselves.

We do it anyway because we have confidence in our ability to navigate whatever arises.

Navigational skills improve the more we test them.

There’s a wave out there waiting for you. Grab your board, and maybe a buddy, and go catch it!